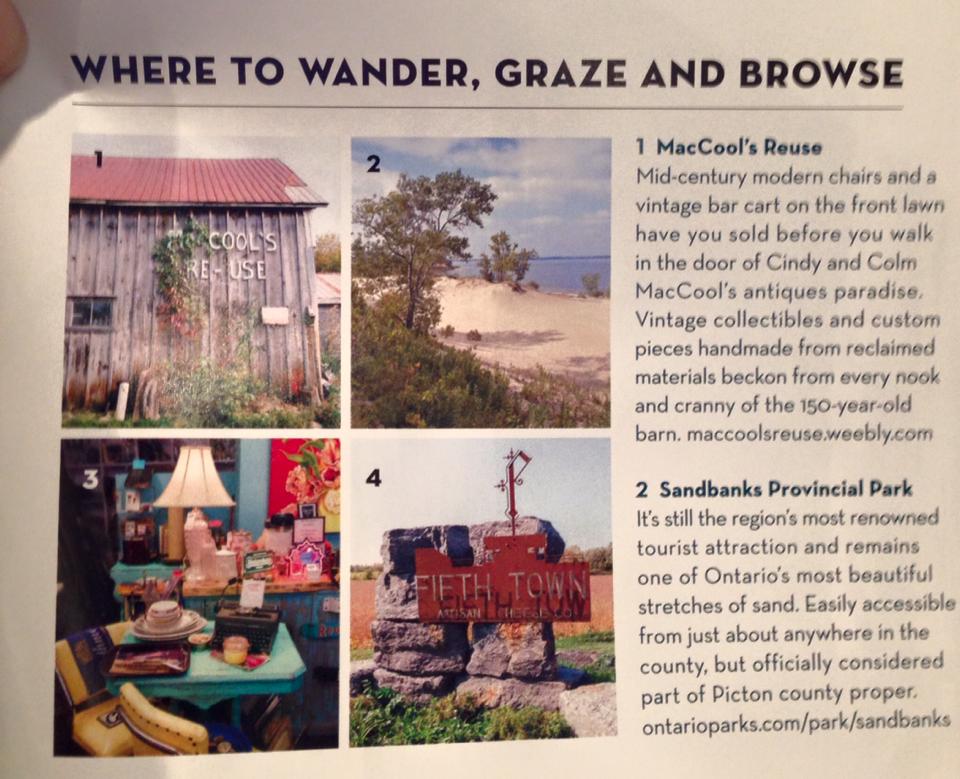 There's a great write up in October 2012 Chatelaine magazine on the County.  "There's a little something for all tastes here."
We're excited to say we were mentioned in Toronto Life's 2010 Home Guide.  They interviewed 5 Toronto trendsetters who make a living selling style.  Arounna Khounnoraj of Bookhou, a Dundas W. indie design boutique that makes Canadian cool answers "where to shop for a deal" - "We go antique hunting at MacCool's in Prince Edward County."

Thanks to Carl Wiens for the great logo.